The World’s Large Rivers Initiative kicked off today with the first meeting of its working group, at the University of Natural Resources and Life Sciences in Vienna, Austria.

Led by UNESCO’s International Hydrological Programme (IHP), this international initiative was created in response to threats and pressures on the world’s large river basins. It aims to analyze the state and future development of these vital systems, assess future trends, identify and test adaptation and mitigation strategies, and develop innovative strategies based on best practices for their sustainable management.

“The World’s Large Rivers Initiative was established to respond to an urgent need for action and international cooperation,” explained Flavia Schlegel, UNESCO’s Assistant Director-General for Natural Sciences. “No institution or country can face the challenges of the global water crisis alone. UNESCO’s International Hydrological Programme (IHP), is the only Intergovernmental Programme on water sciences with a focus on freshwater in the UN system. As such, it is well placed to foster the cooperation needed to bring all players together.”

But large rivers are experiencing increasing pressure from rising demands, population growth, industrialization and urbanization. Changes in land-use in and around the great rivers, combined with climate change, are causing ever more frequent and severe floods and droughts, increasing pollution, degrading aquatic habitats, and rapidly reducing biological diversity and the availability of clean freshwater. All these issues are affecting the most vulnerable segments of the population.

The resources provided by large rivers are often shared by several states, as many as 18 in the case of the Danube River Basin, for example, which is why a multilateral approach is required to improve the management of the world’s large rivers.

The working group will provide a global overview of the current status of large rivers and plan future actions, including closing knowledge gaps, establishing a global observatory and a Collaborative International Action Plan on research. Particular attention is given to transferring knowledge to the next generation of scientists, stakeholders, decision makers and the general public. During its first meeting, the working group will determine activities to be carried out by this new international initiative over the next year.

“This is the beginning of a process that will foster an exchange of ideas and facilitate cooperation between different stakeholders, with a view to developing a scientific basis for integrated river research,” concluded Helmut Habersack, UNESCO Chair for Integrated River Research and Management.

The World’s Large Rivers Initiative follows on the Vienna Declaration, adopted at the first International Conference on the Status and Future of the World's Large Rivers in April 2011. The Declaration called for an analysis of the current status, demands and future development of large rivers, the formation of a global forum to examine issues related to the management of large rivers and coordinate efforts to preserve the remaining near-natural large rivers and ensure the sustainable management or rehabilitation of impacted rivers. The initiative is coordinated by the UNESCO Chair for Integrated River Research and Management at the University of Natural Resources and Life Sciences in Vienna, with the support of UNESCO-IHP and Austria’s Permanent Delegation to UNESCO. 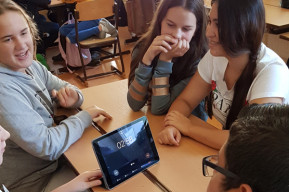 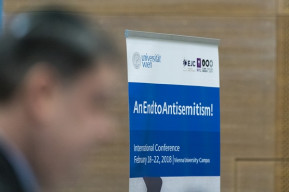 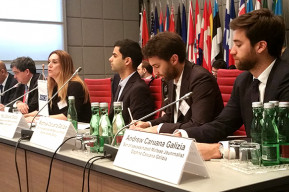 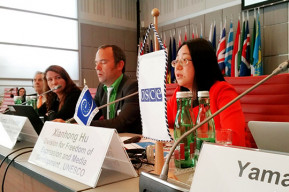