UNESCO launched last week its report on media development in Curaçao to an audience of more than 60 stakeholders at an event organized in Curaçao’s capital Willemstad. The report was officially presented to Ms Irene Dick, Minister of Education, Science, Culture & Sport.

“This Assessment on Media Development in Curaçao will serve as a good example for the rest of the Caribbean”, the Minister stated. She added: “I am aware that it was not an easy task to fulfil but we now have a final product on the views of society and of relevant stakeholders on our media landscape, that was very much needed"

Katherine Grigsby, Director and Representative of the UNESCO Cluster Office for the Caribbean, emphasized that the recommendations of the report “provide a platform for improving the environment of media development in Curaçao, and will foster a greater commitment for action by the government, parliament, media professionals, policy makers, regulators, and civil society groups interested in media development in the country.” She concluded “I would invite you to make full use of the Assessment of Media Development in Curaçao. Let us all work together to make this vibrant country and the rest of the Caribbean, ambassadors for media development.” 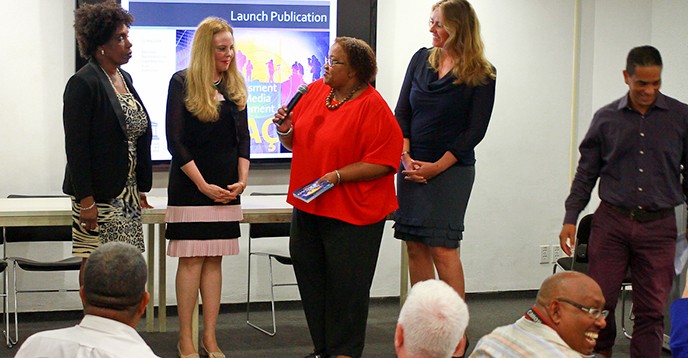 The report is the result of a year-long study based on the UNESCO/IPDC’s internationally-endorsed Media Development Indicators (MDIs) and is the first MDI assessment to be completed in the Caribbean region.

The publication of the report comes six years after the dissolution of the Netherlands Antilles on 10 October 2010 (‘10-10-10’). Since 10-10-10, the former ‘Island territory’ of Curaçao enjoys the status of autonomous country within the Kingdom of the Netherlands. By becoming a new country, Curaçao was provided with the opportunity to conceive a new constitution and embarked in a series of legal reforms. UNESCO’s report is expected to help guide legal reform and the definition of policies affecting the media sector to enhance the media’s contribution to achieving the Sustainable Development Goals in Curaçao.

The report highlights the vibrancy of Curaçao’s media landscape, reflected in the high number of media outlets. There are no fewer than 28 licensed radio stations, eight newspapers and three television stations for the island’s population of just over 150,000 inhabitants. Together, these outlets facilitate a culture of lively debate. Freedom of expression is anchored in Curaçao’s Constitution and the main international human rights treaties are in force.

However, the report finds that the media are unable to adequately play their role as watchdog over the authorities and the other powerful stakeholders in society, and calls for this role to be strengthened. 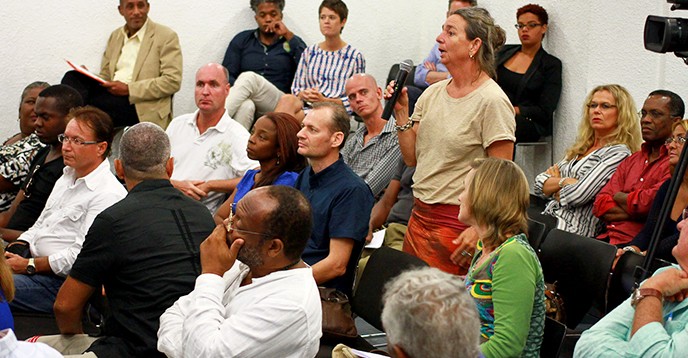 The report recognizes the limited resources available to journalists in Curaçao. No academic courses in journalism or communication studies are available and only occasional training opportunities are offered. There is no sector-wide code of conduct, no trade union for journalists, no independent Press Council, and no established mechanism for the public to file complaints.

The report also highlights the absence of public service broadcasting and community media (with one possible exception), leaving audiences with only commercial media to rely on to cater to their news and information needs. Another finding is that insufficient guarantees of editorial independence and the absence of a culture of self-regulation have contributed to biases in the way news and information are presented.

Included in the report is a set of evidence-based recommendations to strengthen the development of free, independent and pluralistic media in Curaçao. Among the key recommendations to enhance professional and ethical standards in the media are: 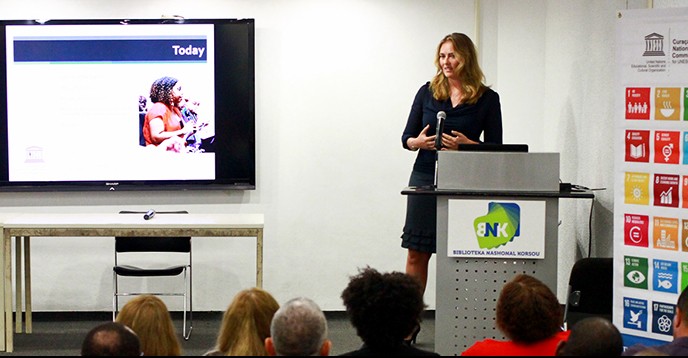 The study also invites the national authorities to explore possibilities for alternatives to commercial media, such as independent public service broadcasting and the promotion of community media to ensure media diversity in Curaçao.

The report encourages the Government of Curaçao to support the free flow of information by institutionalizing its responsibility to respond to information requests and ensure the proactive disclosure of important governmental information. This includes the release of parliamentary documents, governmental advisory reports and consolidated versions of all current legislation. It further recommends the establishment of an independent body for regulating the broadcasting sector that follows international standards on independence, membership, accountability and transparency.

Additionally, the report proposes that the media industry develop an effective system to ensure transparency in terms of ownership and influence on the media, both financial and political. It also invites the Government, the education system and civil society organisations to promote media and information literacy to help foster a critical use of the media and a demand for an independent press.

The MDI assessment process in Curaçao was nationally-driven and, as little data on media development was available, it involved wide-ranging consultations with key media stakeholders in addition to desk-based research. ‎The consultations included 28 in-depth interviews throughout Curaçao, four focus groups with media workers and members of the public, and three opinion polls respectively targeting 54 media workers, 11 media managers and a representative sample of 708 inhabitants of Curaçao. Careful attention was given to including perspectives from all areas and to ensuring a gender-sensitive approach.

The preliminary findings of the assessment were presented and discussed at the National Conference of Media Development in Curaçao organized in August 2014, attended by some 50 media stakeholders. The feedback received at this conference was taken into account in the finalization of the report. 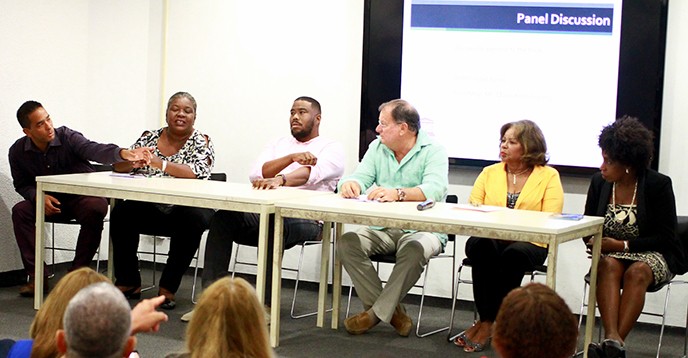 UNESCO also supported a series of Master Classes based on the findings of the report to assist media development in Curaçao. This programme, implemented in partnership with the Curaçao National Commission for UNESCO, the United Nations Development Programme (UNDP) and RE-Quest Research & Consultancy, followed up on several key recommendations of the report, such as ensuring appropriate training opportunities for journalists, promoting a code of professional ethics and educating citizens to be critical media users.

The assessment of Curaçao’s media landscape using UNESCO’s MDIs was financed by UNESCO’s International Programme for the Development of Communication (IPDC) and benefitted from the support of the National Commission of Curaçao to UNESCO, the University of Curaçao (UoC) and the Bureau Telecommunicatie en Post (BTP).

The UNESCO/IPDC Media Development Indicators were developed in 2008 and endorsed by the Intergovernmental Council of UNESCO’s IPDC. Since their endorsement, they have become one of IPDC’s flagship initiatives and have been applied in 16 countries, while assessments are underway in many more.