On 21 September, 2018 on the main walking street of Almaty (Arbat) a large-scale youth festival "Almaty - Youth Space" was held. It comprised the presentation of the existing creative youth spaces and programmes in Almaty, masterclasses, and a final concert featuring the winners of the youth creativity contest on role in sustainable development.

#UNESCOYouthSpace presented the available UNESCO programmes in the field of developing and enhancing the potential of young people, thereby acquainting them with the activities of UNESCO Clubs, UNESCO Associated Schools, the MAB’s (Man and the Biosphere) youth union, the online youth platform for intercultural dialogue, the global movement “Youth for heritage”, the UNESCO youth online community, the UNESCO youth forum, as well as the" YouthMobile " programming school. 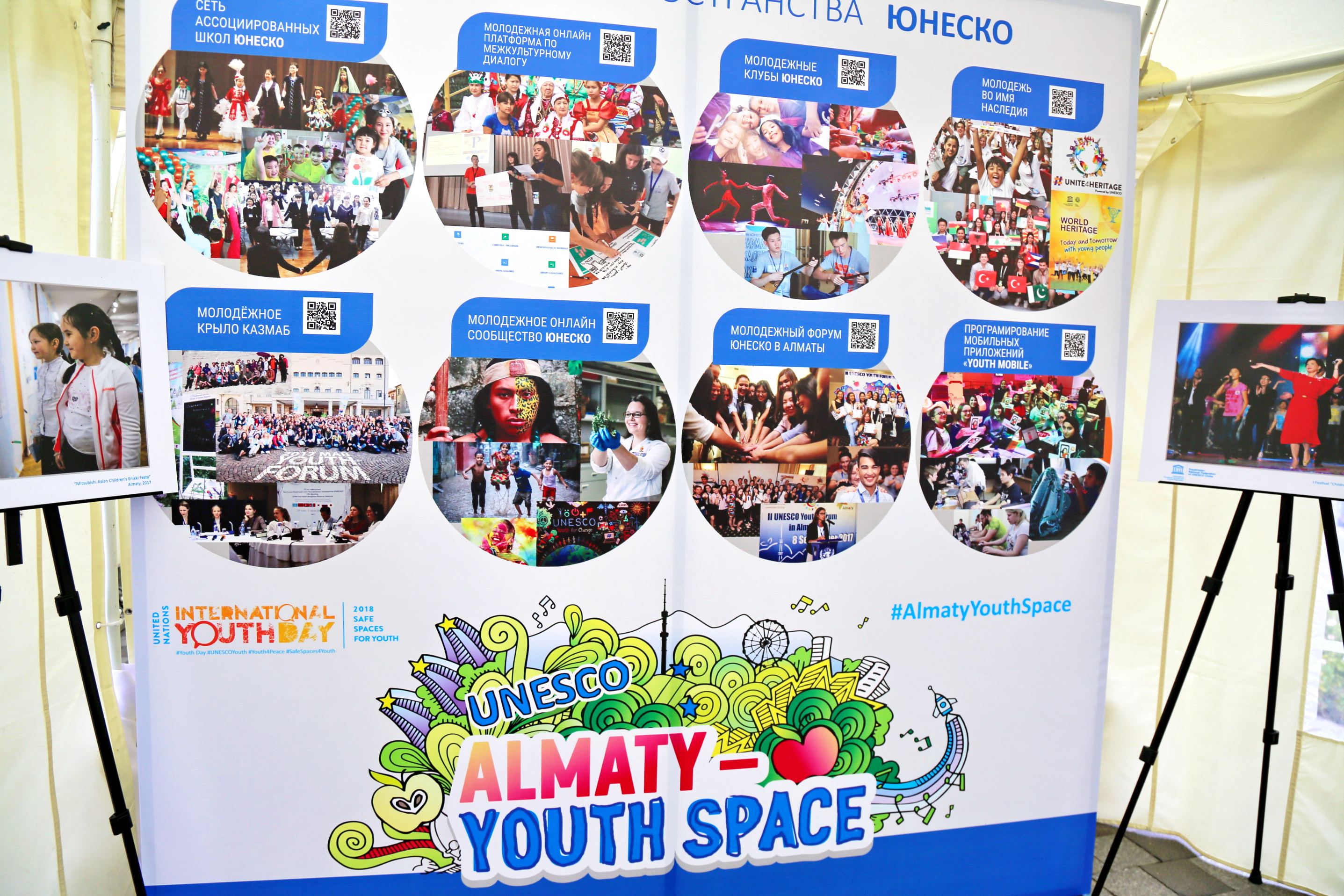 An interactive part of the #UNESCOYouthSpace was the acquaintance of youth with the Sustainable Development Goals (SDGs). During the SDGs promotion, the participants were able not only to learn more about each goal, but also to offer their ideas on how to achieve them.

During the day, young participants of the festival were able to participate in free master classes in five other spaces, thus applying their creative talents in jewelry art and designing own prints on eco-bags under the supervision of mentors from the Center for Young Artists; 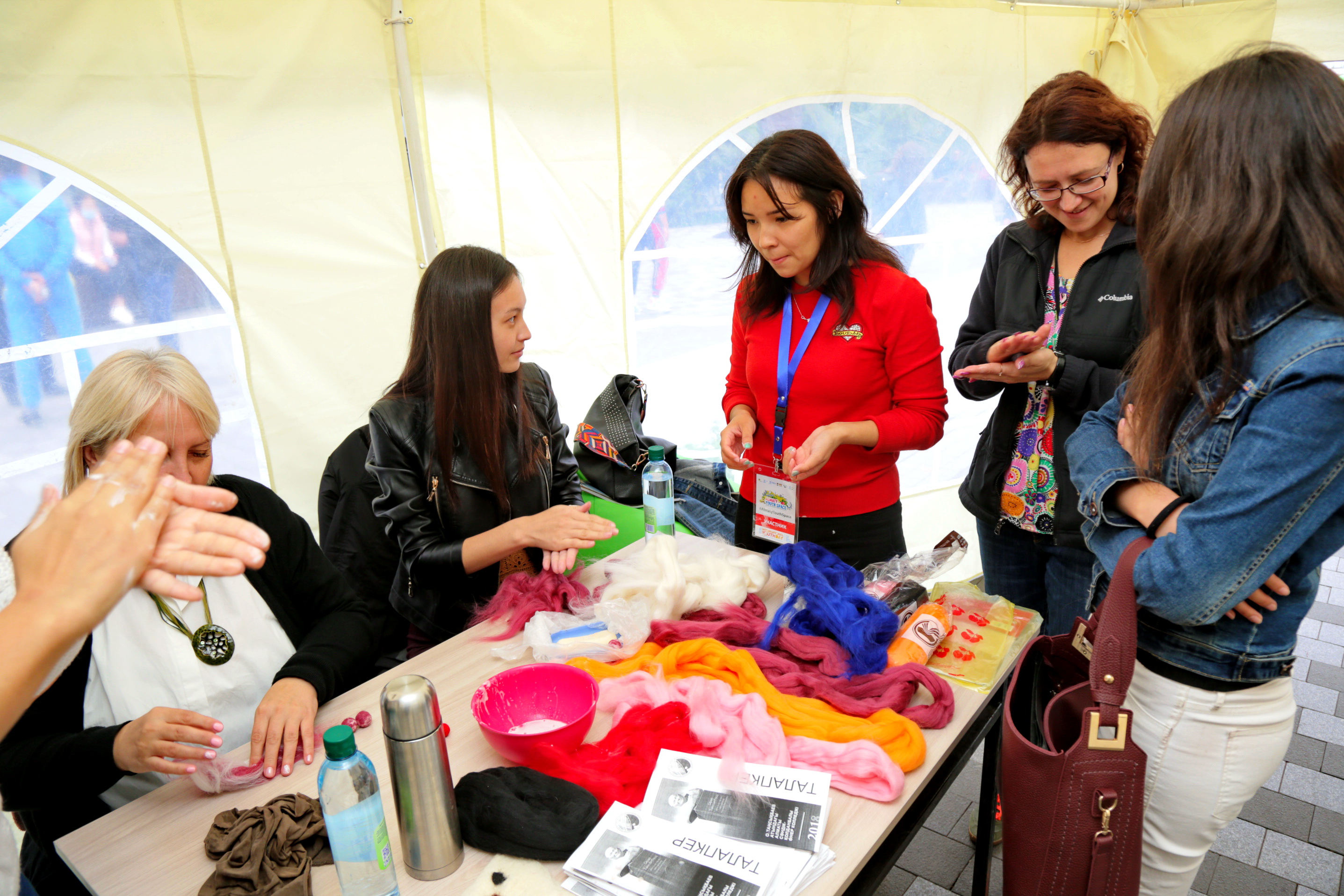 in the ancient unique craft of felting together with students of the College of Decorative and Applied Arts named after O. Tansykbaev (- UNESCO Club); in soldering and making badges with volunteers of American Space Almaty.

Great interest among young people was caused by lessons on Japanese manga and comics in the creative space of ‘Kyrator.kz’. For those who wanted to receive intercultural enrichment, they took part in a master class on the ancient Indian technique of painting on the body of "mehendi", which was organized by students from the School of Fine Arts and Design named after A. Kasteev (- UNESCO Club).

A traditional Kazakh art - the performance of the dombra ‘kui’ (musical composition played on dombra), which is included in UNESCO's list of intangible cultural heritage also raised a high attention among young participants of the festival. Anyone interested could learn to play dombra without any musical literacy and feel himself like a real ‘kuishi’. 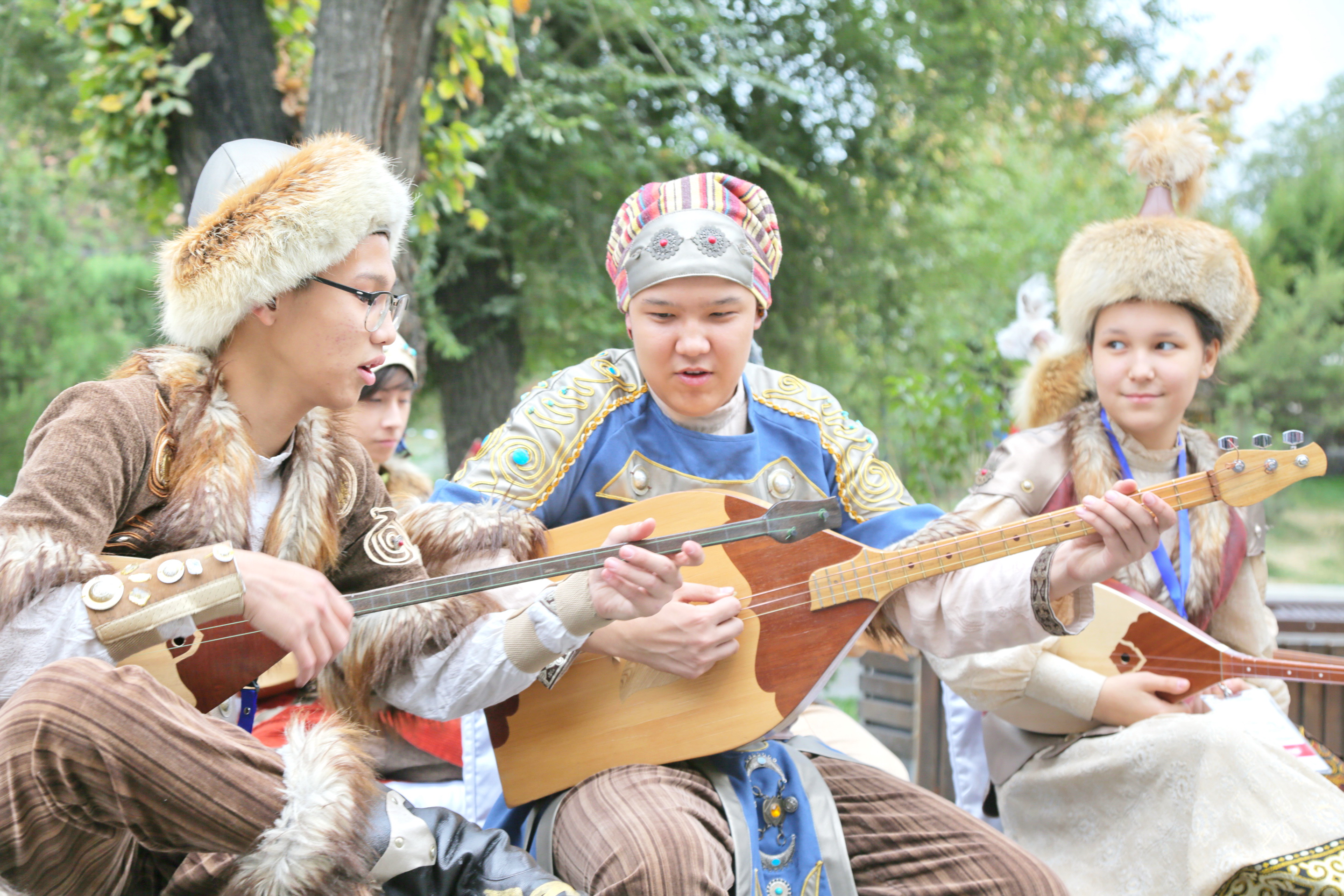 In addition to it the musical school "Kokil" (- the UNESCO Club) demonstrated a master show of the Kazakh musical heritage - "Orteke" (- a doll in the form of a goat, attached to the hand of the dombra player, performing rhythmic movements).

A long with creative master classes, young people were able to attend lectures from the school of modern photography by Daria Dunich on several topics: "Evolution of the camera" and "Mobilography"; 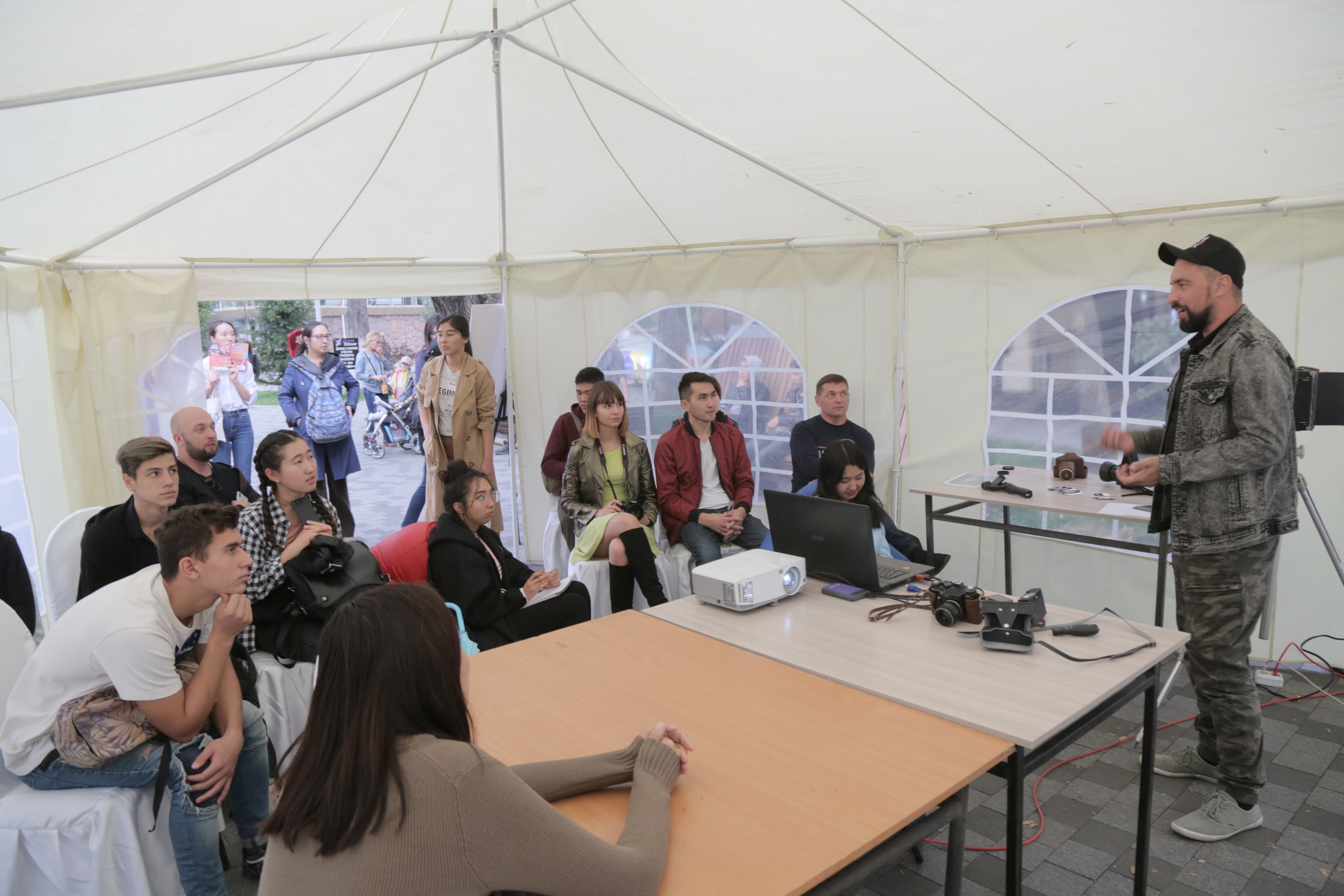 pass the electronic test "KASIPTEST", moderated by EDTECH (-UNESCO Club), to identify youth talents and preferences in education and career choice; and also to learn more from educational company EF - Education First about how to avoid cultural stereotypes abroad.

The Kazakhstan game of the Club of Merry and Smart (KVN) demonstrated the importance of humor and creativity in the development of each individual personality. Today the movement of KVN in Kazakhstan is the most popular among the male part of the youth. Within the framework of the festival “Almaty - Youth Space”, there were also many girls wishing to join the ranks of professional humorists.

Information about the development of volunteering and participation in important urban social projects was provided to young participants of the festival in the #Youth&City space, where the Public Foundation "League of Volunteers" and the State Fund for Support of Youth Policy in Almaty were represented.

In the conclusion of the festival, the concert of young city’s musicians was organized by volunteers and the solemn ceremony of awarding the winners of the creative competition among young people "Music for Peace and Development" in the framework of designation of Almaty as a music city to the UNESCO Network of Creative Cities was held. 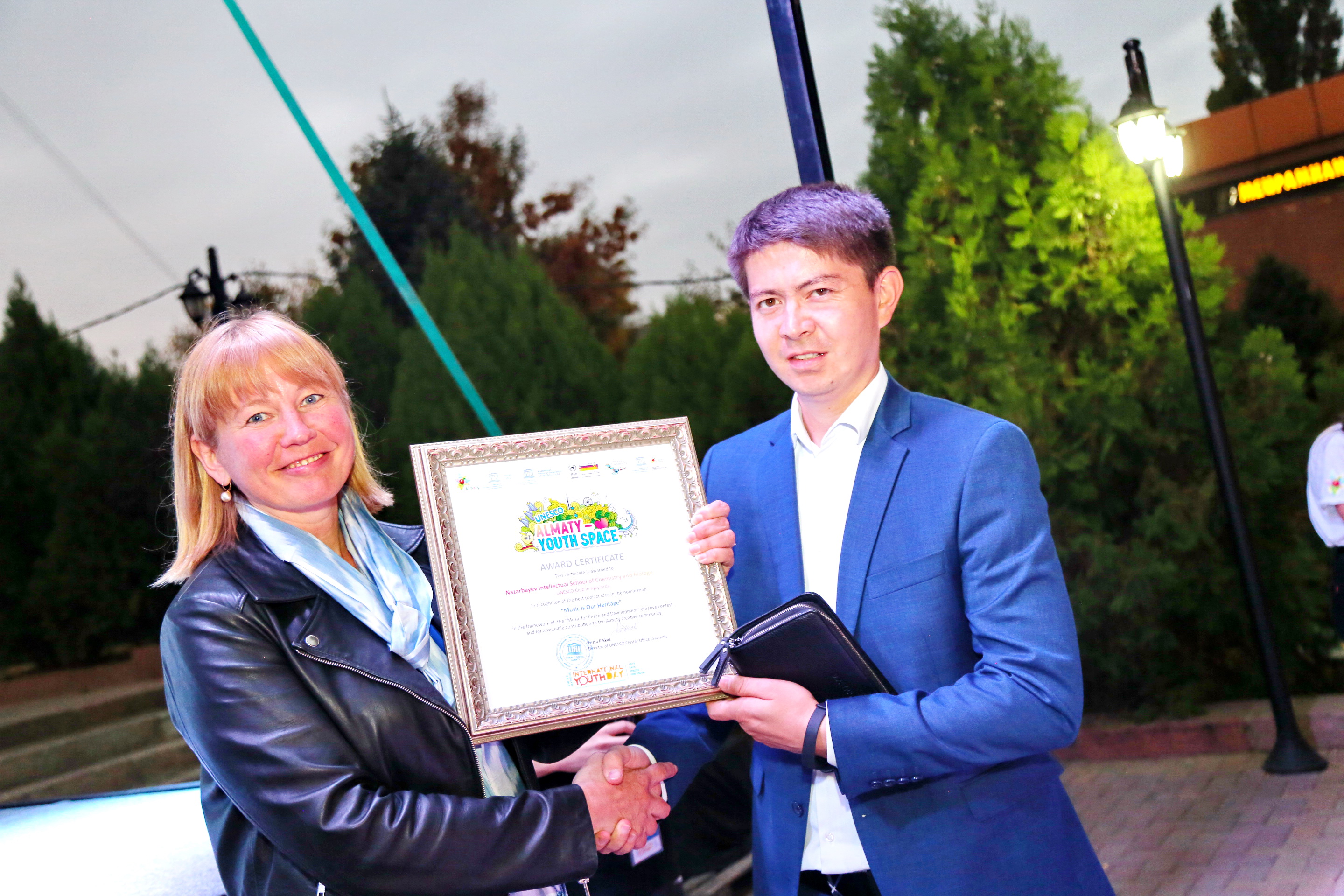