Gender equality and culture in the voluntary national reviews

Gender equality is a principle running through the entire 2030 Agenda for Sustainable Development, via a dedicated goal - Sustainable Development Goal 5 – as well as the 16 other goals. Despite this, there are relatively few mentions of policies, strategies or initiatives to address gender inequalities through culture in the Voluntary National Reviews (VNRs), submitted to the United Nations to monitor progress towards the achievement of the 2030 Agenda. Several countries refer to “socio-cultural barriers” hindering progress towards gender equality, acknowledging that cultural factors are holding back women’s empowerment. Other countries have enshrined gender equality in national policies, including through culture, whilst other countries have particularly realized the economic potential of the cultural and creative sector for empowerment.

In its 2018 VNR, Lao PDR draws attention to its Constitution that guarantees equality between men and women in politics, economy, culture, and society, as well as in the family. Similarly, Morocco highlights that its constitution prohibits discrimination and enshrines the principle of equal rights between the sexes, including civil and political rights, as well as economic, social and cultural rights. The National Women's Policy-II Gender Equality and Equity Plan of Honduras for the promotion, protection and guarantee of women's rights, including culture and interculturality and information, as well as social, political and citizenship participation; peace and life free of violence; guarantee of sexual and reproductive health; work, employment and access to resources. Trinidad and Tobago, in its 2020 VNR explicitly acknowledges “a measure of discrimination and gender stereotyping still persists in some laws, traditions, customs and religious practices in Trinidad and Tobago” but cites its National Policy on Gender and Development that was developed to eliminate such barriers and advance measures to promote gender equality. Cyprus explains that its Strategic Planning for the Equality of Men and Women was developed by the Committee for Gender Equality of the Ministry of Education, Culture, Sports and Youth.

Trinidad and Tobago cites the launch of a programme to promote employment by training single, unskilled or unemployed women in craft disciplines. Colombia also highlights an income-generation programme for rural women and victims of conflict in the arts and crafts, which has benefitted over 300 women. Samoa cites the Ie Samoa Programme that has supported women’s economic empowerment while preserving cultural treasures such as the Ie Samoa (fine mats) for the past 20 years. It also refers to the “Healthy Homes Healthy Villages” programme which trains women in sewing and weaving traditional arts and crafts. Austria has devised a comprehensive package of measures through the federal film funding bodies for support, mentoring, training and film production to promote equality for women and close the gender pay gap in the film sector.

Women leadership in the cultural sector

With a view to enhancing women’s leadership and participation in decision-making, Lithuania’s Ministry of Social Security and Labour organized a conference in 2017, on women’s leadership in society and business called ‘Cherchez la Femme – Look for the Woman’, including representatives of business, politics, culture, sports and the public sector to share good practice, success stories and problems and challenges in combining a career with personal life. Germany highlights in its 2021 VNR the specific attention given to culture and gender, including the mentoring programme run by the Women in Culture and the Media project office of the German Cultural Council. Similarly, Morocco cites programmes to strengthen the participation of women cultural professionals in cultural and artistic events, cultural awareness campaigns, particularly for children, on cultural values and intercultural dialogue, as well as the provision of cultural spaces for the organization of cultural and/or awareness-raising events for women's civil society. Cooperation with the non-profit organisation Women for the Rebirth of the Naroch Region was at the heart of Estonia’s transboundary project “Development of social and women’s entrepreneurship and community cooperation in the Naroch agricultural area, Belarus”, whilst women’s civil society organizations are cited by Micronesia as important contributors to cultural and environmental protection.

Spain has several initiatives for addressing gender inequalities in the cultural sector that it outlines in its 2021 VNR. The country has vowed to seek gender parity in the Ministry of Culture and Sports. It has also established an Observatory for Gender Equality in the field of Culture to favour a greater participation and visibility of women's artistic and cultural production, and to combat their structural discrimination in this sector. As part of this Observatory’s 2020-2021 work plan, the government has committed to gender parity on juries of national cultural prizes and created subsidies for women’s participation in the audiovisual sector. It has also taken measures to development of exhibitions by female artists to ensure the greater presence and visibility of the artistic and cultural production of women. Furthermore, the Institute of Cultural Heritage of Spain has initiated several projects led by women including studies on women’s participation in Intangible Cultural Heritage. 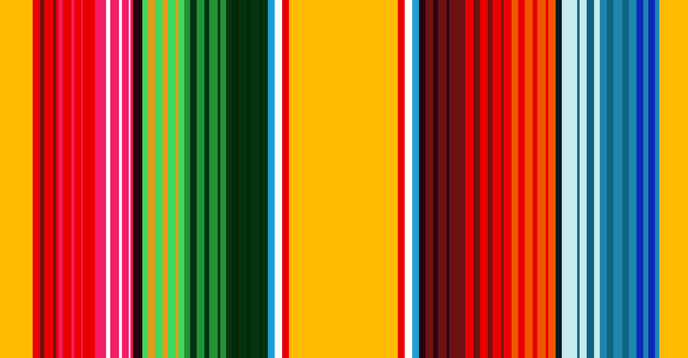 In the run up to the UNESCO World Conference on Cultural Policies and Sustainable Development – MONDIACULT 2022, UNESCO is driving an inclusive and multi-stakeholder engagement, mobilising a wide range of actors and partners involved in the broad cultural spectrum, from policy, planning, and implementation perspective at the global, regional and local level.

From December 2021 to February 2022, five regional consultations were organized in the run-up to MONDIACULT 2022. They helped to identify specific priorities of each region that require stronger policy investment, to better harness the contribution of culture across the public policy spectrum, as well as to address the most pressing challenges of sustainable development.

Read the meeting summaries published on the Conference website.

Propose your side event

The form aims at federating side events in connection with the UNESCO – MONDIACULT 2022 World Conference.