The Man and the Biosphere Programme was created in 1971 with the aim of harmonizing the conservation of biological and cultural diversity with the economic and social development of communities. Since then, Spain has been the most active country in the network because it has seen biosphere reserves as an opportunity for local socioeconomic development. For this reason, Spain is the country with the highest number of biosphere reserves in the world, as it currently has 52 biosphere reserves. These include four transboundary biosphere reserves and the first intercontinental biosphere reserve in the Mediterranean, which stretches from southern Morocco to northern Spain. In total, the Spanish biosphere reserves represent 12% of the national territory, (60,713 square kilometers) inhabited by around two million people.

Under the coordination of the Autonomous National Parks Organization (OAPN) - in charge of managing Spain's participation in the MAB programme - all biosphere reserves develop projects and experiences whose objective is to fulfill three priority functions:

The MAB Secretariat in Spain is organizing several activities to join in the celebration of the 50th Anniversary of UNESCO's MAB Programme It's About Life. 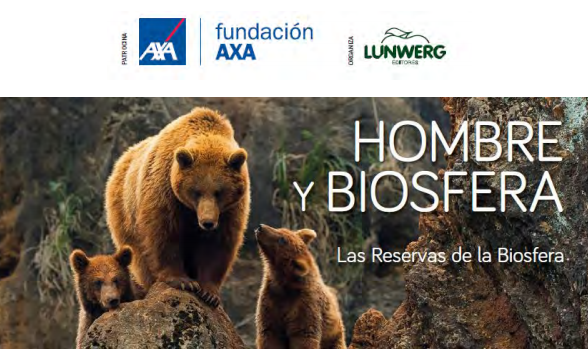 The photo exhibit "Man and Biosphere" organized in 2019 by Lunwerg Editores and sponsored by the Axa Foundation, has been updated for display throughout 2021 along Spain:

The exhibition, curated by the naturalist Joaquín Araújo, brings us closer to the responsible culture of the environment through the biosphere reserves.