“I discovered how interesting science is and that I can do it as well as boys”, said Bridget Tsagli.

Bridget, like many young girls in Ghana and around the world, was held back by gender norms, biases or expectations that influenced the subjects she studied and challenged her confidence to pursue her dreams. She has been learning about sciences through one-day events during which girls build their skills and interact with female scientists, as part of a UNESCO project in Ghana.

Girls in Korea have also been engaging in and learning about sciences through science camps organized by CJ Group. A partner of UNESCO on girls’ education since 2014, it held its second “Science Education Camp for Girls” in Korea this past summer. This three-day summer camp is part of the UNESCO-CJ partnership on girls’ education, which aims to provide a gender responsive educational environment and a brighter future for girls through education.

Globally, girls are particularly under-represented in science, technology, mathematics and engineering (STEM) education. According to UNESCO’s report Cracking the code: Girls’ and women’s education in STEM, only 35% of STEM students in higher education globally are women. And only 3% of female students in higher education choose to study information and communication technologies (ICT), an even more distressing number.

In the Republic of Korea, girls have access to higher education and are making strides in a variety of academic areas. However, there is still progress to be made in specific fields such as information technology (IT), or engineering, where lower numbers of women can be seen.

To address this gap, the science camps were launched to provide an entry point on science education for girls in the Republic of Korea. “We believe in the importance of supporting girls’ creativity and building their capacity to follow any of their dreams”, said Heekyung Jo Min, Executive Vice President of Corporate Shared Value at CJ CheilJedang.

This year, 40 girls aged 14 to 16 gathered to learn about science, and specifically food engineering. 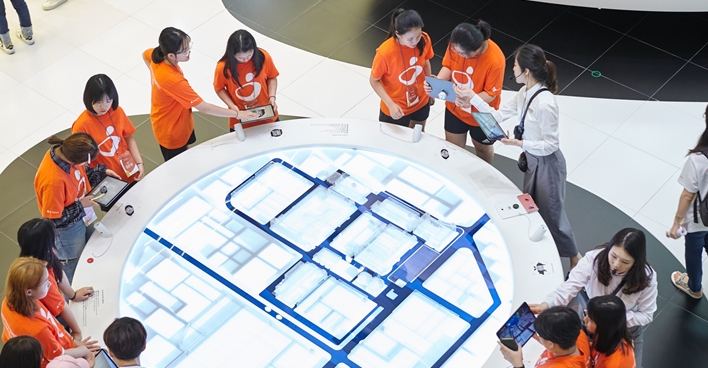 Participating girls visited the Blossom Campus, CJ’s largest food production facility and explored the most advanced smart factory where the food processing is fully automated. They attended a special class called “The scientists who changed the world” taught by the Impossible Science Institute, a famous Korean YouTube channel with 126,000 subscribers. The class encouraged girls to take on science, stating that it is neither difficult nor out of their reach. Girls received a lab tour, and a food technology class by resident research scientists.

“We are facing the fourth industrial revolution and we need new talent with both scientific knowledge and a human sensibility”, said Min.

Since 2014, the UNESCO-CJ partnership aims to provide a better educational environment and a brighter future for girls through education. CJ group is also a major contributor to the UNESCO Malala Fund for Girls’ Right to Education, which expands girls’ access to quality education, especially in countries affected by conflict and disaster.