The agreement will strengthen the role of QNL and UNESCO in preserving the rich cultural heritage present in libraries across the Arab region, which is of critical importance worldwide. The project aims to protect the Arab region’s history, identity, and knowledge through the preservation of documentary heritage, which currently runs the risk of being lost due to neglect, natural decay, outdated technology, inadequate housing or deliberate destruction.

The project will also strengthen the existing cooperation between QNL and UNESCO, and build on both organizations’ achievements in preserving and promoting documentary heritage in the Arab region.

Commenting on the agreement, Dr Stuart Hamilton, Deputy Executive Director for International Relations and Communications, QNL, said: “Archival and library materials are of vital importance to a nation’s legacy. We are proud to be working with UNESCO to support heritage libraries in the Arab region, and to raise awareness of their significance.”

Anna Paolini, UNESCO Representative in the Arab States of the Gulf and Yemen, and Director of the UNESCO Doha Office, said: “The Middle East is home to extraordinary cultural heritage. The manuscripts, books, maps, videos and archives of the region are a contribution to the history of humanity, and it is therefore essential to protect and promote them to foster a dialogue between cultures; and that’s what we hope to achieve through this project.”

“With the support of Qatar National Library, we aim to gain a good understanding of the challenges and needs of heritage institutions in the region in order to better assist them in conserving and bringing to light the region’s most valuable documents,” added Paolini.

The joint project supports QNL’s ongoing role as the regional Preservation and Conservation Centre (PAC) for Arab countries and the Middle East. QNL was selected as the regional PAC in 2015 by the International Federation of Library Associations and Institutions (IFLA). 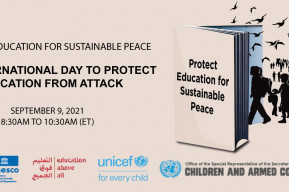 News
Qatar Celebrates The International Day to Protect Education from Attack In partnership with UNESCO
September 8, 2021 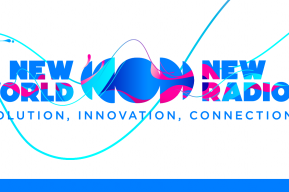 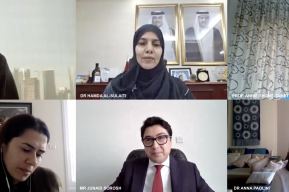 Press release
Working with Communities for the Safeguarding of the Intangible Cultural Heritage in Qatar
February 21, 2021 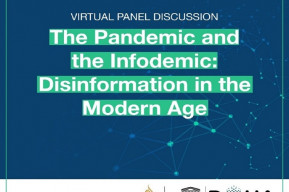 News
The Pandemic and the Infodemic: Disinformation in the Modern Age
September 1, 2020

News
Qatar Celebrates The International Day to Protect Education from Attack In partnership with UNESCO
September 8, 2021

News
The Pandemic and the Infodemic: Disinformation in the Modern Age
September 1, 2020
News
How to communicate on COVID 19 crisis - Webinar
August 27, 2020
top