Prime Minister of the Cook Islands, H.E. Mr. Henry Puna spoke at the plenary of the 38th Session of the General Conference, where he reflected on the relationship between the Cook Islands and UNESCO as a mutually beneficial bond, where his country works to support the organization’s agenda and benefits from its programmes in the region. 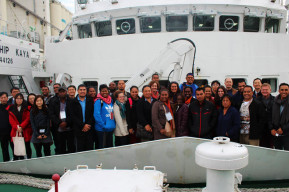