On November 19, 2019, national and international media partners in Ethiopia formed the Ethiopia Media Sector Alliance (EMSA) as a multistakeholder coordination platform, to facilitate effective and joint media development initiatives in the country that will address the challenges facing the online and offline media in Ethiopia. This coordination is also aimed at ensuring that the country has a vibrant media sector, capable of contributing to the development priorities and peacebuilding agenda of the country.

“This is an excellent initiative as Sweden and Danida have a new joint programme to support the media reforms in Ethiopia and there is need to strike a good balance among all the actors” said Karin Borovic, First Secretary/programme manager, governance, gender equality, human rights section for bilateral development cooperation, embassy of Sweden in Ethiopia.

In the meeting, representatives of national and international media partners including the Government of Ethiopia, media regulatory bodies (self and statutory), private and public media, civil society coalition, academia, INGOs, AU, UN and Bilateral donors attended. EMSA membership is open for all Ethiopia media stakeholders who have the interest and willingness to collaborate in priority media development initiatives.

To facilitate the EMSA coordination, UNESCO and the Ethiopia Media Council were elected as the co-conveners for the next two years, while the co-chairing will be assured by the Ethiopia Broadcasting Authority (EBA), Consortium of Ethiopian Human Rights Organization (CEHRO) and the International Media Support (IMS). In addition, four thematic working groups co-chaired by both national and international partners were established as follows: (i) Freedom of expression, press freedom, access to information, journalists’ safety and welfare of journalists (ii)Legislative and policy reforms (iii)Human and technical capacity building of journalists, journalists associations & networks, media houses and journalism training institutions and (iv) Media and information literacy (MIL).

EMSA formation is informed by the opportunities for support to media development, which has been largely availed by the ongoing new reforms in the Ethiopia media sector. As national and international media actors seek ways to contribute to the reform agenda, there is great need to avoid pocket interventions that are disjointed among the Ethiopia media actors, thus minimizing their impact and effectiveness.

EMSA will, therefore, serve as a key locus for strategic discussions among national and international partners supporting media-related actions in Ethiopia. In addition, it will encourage information sharing among media development stakeholders and advocate for common sector priorities. Furthermore, it will strive to assist in the establishment of effective mechanisms to promote professional journalism online and offline, through well-coordinated and targeted capacity development through standardized institutionalized training.

Taking into account the ongoing media reforms in Ethiopia, the coordination platform will in addition advocate for the necessary human and financial resources to address the most pressing media development priorities, that will ensure the country media becomes an effective pillar for the country’s development and peace agenda. 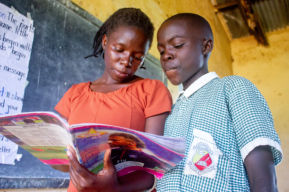 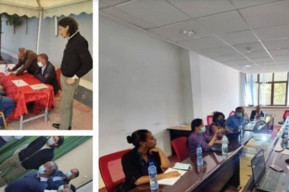 News
UNESCO supports Ethiopia in enhancing the production, harmonization and use of education in emergency data
July 1, 2022

News
UNESCO supports Ethiopia in enhancing the production, harmonization and use of education in emergency data
July 1, 2022

News
Community Radios can give a push to climate action communication
March 4, 2022
top