Mozambique, with support from UNESCO, through its Capacity Development for Education (CapED) Programme, Global Partnership for Education (GPE), and other partners, has developed its new Education Sector Plan (ESP) 2020-2029, which will guide the country’s education system for the next decade. The ESP’s goal is to outline the Government’s long-term vision to ensure a transparent, participatory, and effective system that will improve equitable and quality education.

Now the ESP is approved, the next step is to start putting it into action and for this to be successful, a country needs the relevant capacities. Mozambique’s Government, determined to do its ESP justice, requested UNESCO’s technical assistance to support the Plan’s dissemination.

The purpose of disseminating the ESP is to enable and prepare actors to better participate in the implementation phase in a harmonized way. This is done by communicating to all those involved in the education system – from central level staff down to teachers and parents – the ESP’s vision and priorities for the ten years to come and what they need to do to ensure its success.

CapED assisted the Government by creating a Dissemination Strategy which outlines how information on the Plan will be circulated efficiently through different channels such as seminars, brochures, rollup banners, websites, television, and social media, with specific messages being adapted for each target audience to increase inclusion and engagement. Community radios will also be a crucial tool to reach as many people as possible, as messages will be translated into local languages. Certain topics, such as combating school dropouts, will be prioritized by having their own communication campaigns.

Disseminating and implementing the Plan is a far more complex undertaking than developing it. For while the ESP’s development required coordinating a consultative process, disseminating and implementing it involves a much higher number of actors at the decentralized level across the entire country. Beyond the central level, the decentralized bodies which will coordinate the dissemination and implementation include the provincial, the district, and lastly, the school level.

To strengthen the capacities of the decentralized level, CapED organized a workshop bringing together two managers from each of the country’s 11 provincial directorates of education, as well as central Government representatives. The event, held in Maputo Province, from 27 - 28 of January 2021, aimed to ensure communication and harmonization between the central and provincial level so that provincial staff are involved and aware of central level plans from the very beginning.

During the workshop, participants were familiarized with the ESP’s outline and were trained on how to put the Dissemination Strategy into action at their level through activities, while adapting them to the realities of their respective provinces. Another key result was that provincial staff worked together to plan the formation of provincial, district and school teams, which will be tasked with leading dissemination – and later implementation - activities at their level. 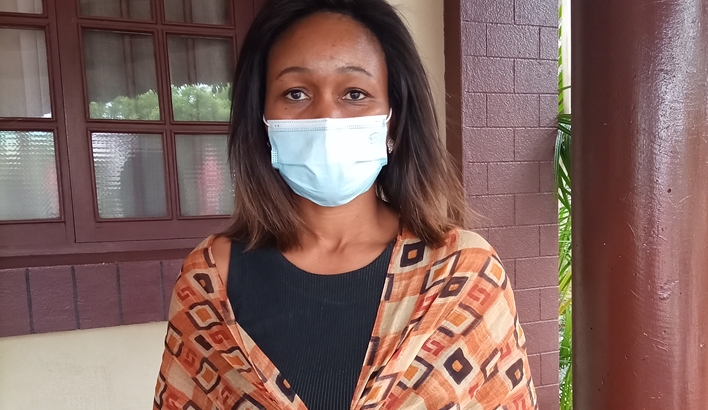 It [the workshop] was a moment of exchange of experiences between the provinces on the dissemination of the ESP.” Said Raquelija Jorge, Head of Planning in Gaza’s Provincial Directorate of Education, who took part in the event.

Following the workshop, provincial managers will pass on their knowledge of the ESP and the Dissemination Strategy to the new provincial, district, and school teams. Subsequently, in line with the Dissemination Strategy, communication tools, such as brochures and rollup banners, will be created and distributed, and content, such as videos and interviews, will be produced to be broadcast by the media, and regional, provincial and district seminars and meetings to explain stakeholders’ role in the dissemination process will be organized.

Once the key strategies and priorities of the ESP are communicated during the dissemination phase, they will be used to help shape district and school annual plans which will truly set the ESP’s implementation in motion.