Meet Abireh: An advocate for girls’ education in Nigeria

“I never believed I would go back to school after the pandemic, I thought that once again all was lost”, said Ladi, a girl aged 15 reached by UNESCO’s Keeping girls in the picture project in Nigeria. Ladi lives in an Internally Displaced Persons (IDP) Camp in the capital city of Abuja.

While schooling resumed for many across the world, UNESCO estimates that some 24 million children and young people, including more than 11 million girls and young women are at risk of not returning to school following the COVID-19 pandemic. This is especially the case for those living in fragile contexts such as IDP camps.

Keeping girls in the picture

To ensure girls’ continuity of learning and safe return to school, UNESCO launched the Keeping girls in the picture campaign, which has reached an estimated 400 million people globally.

With support from Wallonie-Bruxelles International, the campaign was rolled out as part of a project in four sub-Saharan African countries: Benin, Mali, Nigeria, and Senegal, with a focus on particular areas where girls’ dropouts are highest and girls’ reenrolment are lowest.

Key to reaching local communities, the campaign materials were adapted and translated in four local languages, Hause, Igbo, Yoruba and Pidjin. The work in Nigeria mobilized key community and religious leaders, youth networks and parents through discussion groups and advocacy visits. It also engaged community radios serving remote areas to broadcast over 300 messages on the importance of girls’ education.

The work also extended to displaced communities living in IDP camps in Nigeria’s capital city of Abuja benefiting girls like Ladi and her younger sister Maryam.

Meet Abireh, an advocate for girls’ education in Abuja

"Abireh told me to always believe in myself and to study hard”, says Maryam aged 14, and Ladi’s sister.

In Abuja, Abireh Beedof is advocating for girls’ education in IDP camps. He works with peers to bridge the gap between low-income families, the camps and education. His motivation stems from his experience as a child.

“Growing up, I noticed that other children’s parents helped them with their homework, but my father was away trying to make ends meet and my mother did not have any form of education, so she could not help us”, says Abireh.

“I saw the same trait of my mother in many other girls in my community...and I became determined to create a safe space for girls to learn.” The campaign materials he received helped Abireh lead sensitization campaigns and skills acquisition trainings for girls and women across seven communities in Abuja, including the IDP camps.

Impact on communities and girls’ learning

Local advocacy efforts under the Keeping girls in the picture project have made an impact on communities, parents and guardians in the country. It has provided community advocates the tools and support to raise awareness on the importance of girls’ education, and pursue their advocacy work.

Thanks to the work of advocates like Abireh, Ladi and Maryam are now back to school. It was reported that about 200 girls in Abuja have received support from their families and communities to return to school and over 740,000 people were reached in the Abuja area alone.

Since the campaign was rolled out in Nigeria, an estimated 8.7 million persons were reached by the project, including nearly 6 million girls and young women.

More advocacy and awareness work is needed to ensure girls continue learning, and that progress made on gender equality in and through education is safeguarded. This work contributed to UNESCO’s Global Education Coalition’s Gender Flagship and was funded by Wallonie-Bruxelles International. 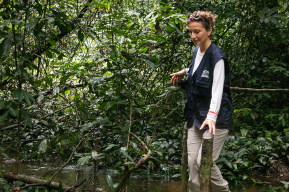 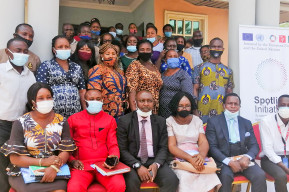 Article
Pregnant Teenager Back to School through the Intervention of Spotlight Initiative
September 28, 2021 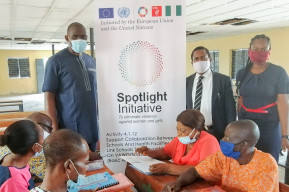 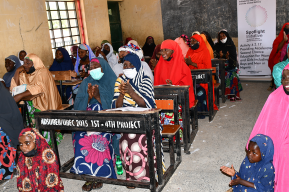 Story
Choose to Challenge - 6,042 Women and Girls get a Second Chance at Education in Nigeria
April 16, 2021 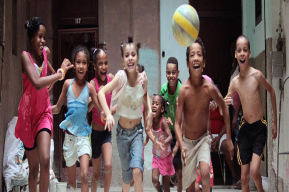 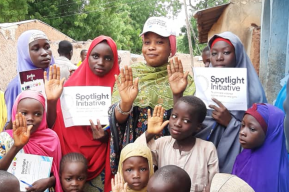 Story
Lives Resumed by Education: The Second-Chance Education for Women and Girls in Nigeria
September 7, 2020 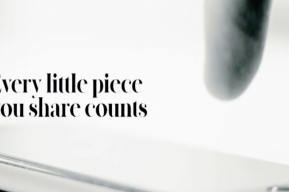