On 3 May, the UNESCO Director-General, Irina Bokova, met with the President of the Republic of Finland, Mr. Sauli Niinistö, in Helsinki, Finland.

The meeting was held on the occasion of the flagship International Conference of World Press Freedom Day, organized in partnership with the Government of Finland in Helsinki.

Irina Bokova thanked the President for the support of the Government of Finland to UNESCO’s action across the world, with a special focus on defending freedom of expression and freedom of information and on enhancing the safety of journalists. She underlined the importance of the 250th anniversary of the world's first Freedom of information law.

“This champion support is embodied in UNESCO’s ground-breaking project, supported by Finland, on ‘Promoting Freedom of Expression in Egypt, Libya, Morocco, Syria, Tunisia and Yemen,’ as well as in Finland’s support to building education capacity, which I saw for myself ten days ago in Nepal,” said Irina Bokova.

The Government of Finland provides support to UNESCO through the Capacity Development for Education for All Programme (CapEFA), with a focus on TVET, gender equality and girl’s education.  Finland also supports the work of the UNESCO International Programme for the Development of Communication.

"I am deeply grateful for Finland's champion leadership in UNESCO and look forward to deepening this ever more, to take forward the 2030 Agenda," said Irina Bokova to the President.

On the same day, the Director-General was honoured to meet with the Prime Minister of Finland, Mr. Juha Sipilä.

This was an opportunity to discuss the power of education for more inclusive and sustainable development -- as well as in emergencies, to provide skills, and opportunities for youth engagement, notably for Syrian refugees.

The meeting with the Minister of Education and Culture, Ms Grahn-Laasonen, provided a moment to discuss cooperation between Finland and UNESCO in advancing a holistic approach to education in order to advance the 2030 Agenda.

Irina Bokova welcomed the meeting with Minister of Foreign Trade and Development, Ms Lenita Toivakka‎, for the overall range of the partnership between Finland and UNESCO. The Minister reviewed the priority importance of education for the success of the 2030 Agenda, with a focus on gender equality. The Director-General explored the contribution UNESCO is leading across its mandate, from education to sustainable water management and freedom of expression. She underlined the importance of new partnerships, including with the private sector, and the focus on capacity building for more inclusive and sustainable development.

The‎ Minister for Foreign Affairs, Mr. Timo Soini, underlined the importance of UNESCO, pointing to Finland as a "long term friend" of the Organisation. Irina Bokova presented the actions taken by UNESCO across its mandate, notably in advancing education to prevent violent extremism, and to prevent youth radicalisation. She spoke also of UNESCO's leadership in safeguarding humanity's cultural heriatge and diversity, especially in the fight against the trafficking of cultural goods. Discussion followed on Global Priority Gender Equality, and the importance of girls' education, especially adolescent girls, as well as the key role of women in conflict mediation and reconciliation. 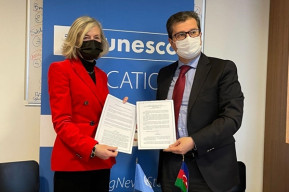 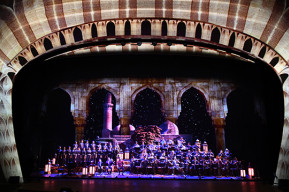 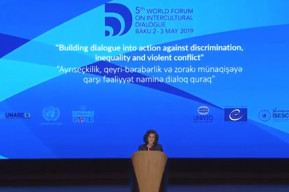 News
Building dialogue into action at the 5th World Forum on Intercultural Dialogue
May 7, 2019

News
Building dialogue into action at the 5th World Forum on Intercultural Dialogue
May 7, 2019 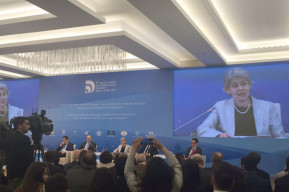