Education for dialogue and capacity building of children and youth as mediators for denormalizing violence: “MULTIMEDIANDO” 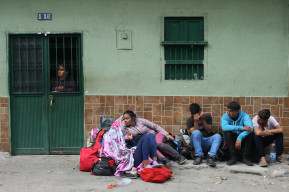 News
Ensuring the right to education of people on the move: UNESCO provides technical support for Ecuador’s national strategy
May 24, 2019
News
Director-General meets the President of the Republic of Ecuador
July 28, 2017