Director-General on Official Visit to Latvia

From 2 to 4 May, UNESCO Director-General, Irina Bokova, is undertaking an official visit to Latvia, on the occasion of the World Press Freedom Day and the UNESCO/Guillermo Cano World Press Freedom Prize Ceremony, taking place on 3 May at the National Library of Latvia in Riga, under the theme "Let Journalism Thrive! Towards Better Reporting, Gender Equality, and Safety in the Digital Age".

The Director-General will award the World Press Freedom Prize to jailed Syrian journalist Mazen Darwish in a ceremony to be held in the presence of the President of Latvia, Andris Bērziņš. The laureate will be represented by his wife, Ms Yara Bader, who is also a journalist and the Director of the Syrian Centre for Media and Freedom, winner of the 2012 Ilaria Alpi award for brave female journalists.

The Director-General will also participate in the opening ceremony of the international conference, held on this occasion, celebrating the 70th anniversary of UNESCO, and entitled “Free Flow of Ideas by Word and Image”, along with Mr Edgars Rinkēvičs, Minister of Foreign Affairs of Latvia, Ms Dace Melbārde, Minister of Culture of the Republic of Latvia,Ms Flavia Pansieri, United Nations Deputy High Commissioner for Human Rights, and Mr David Kaye, United Nations Special Rapporteur on Freedom of Opinion and Expression.

In Latvia, the Director-General is expected to hold bilateral meetings with President Bērziņš, as well as the Minister of Foreign Affairs of the Republic of Latvia Edgars Rinkēvičs, the Minister for Education and Science, Mārīte Seile, the Minister of Culture and President of the Latvian National Commission for UNESCO, Dace Melbārde, and the Chairman of the Education, Culture and Science Committee of the Parliament of the Republic of Latvia, Jānis Vucāns.

The Director-General will visit the Historic Centre of Riga, inscribed on UNESCO’s World Heritage list in 1997. 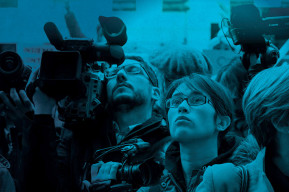 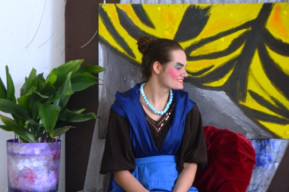 News
Celebration of the “150th anniversary of the birth of Janis Rozentāls”
April 4, 2017
News
Director-General meets the Latvian Minister of Culture as well as the Chair of Parliamentary Education, Science and Culture Committee
May 4, 2015

News
Celebration of the “150th anniversary of the birth of Janis Rozentāls”
April 4, 2017
News
Director-General meets the Latvian Minister of Culture as well as the Chair of Parliamentary Education, Science and Culture Committee
May 4, 2015 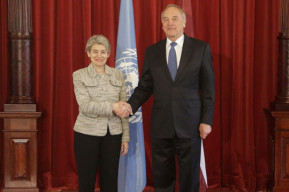 News
UNESCO Director-General meets with the President of Latvia
May 3, 2015 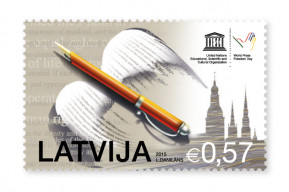