It's is the slogan of the young people’s Campaign for the promotion of a Culture of peace in Central Africa. Launched on July 9, 2016 in Libreville, this campaign is an initiative of the Panafrican Youth Network for the Culture of Peace (PAYNCOP) in association with the UN Youth African Leaders Organizations (ROJALNU/Gabon) and the National Youth Council of Gabon (CNJG). Started in Gabon, the initiative will run till September 21, 2016 in all central Africa countries.

This campaign, initiated by young people for young people, is built around the diversity of languages and cultures we can encounter in Central Africa.  For example, the word “Peace” is translated in the various languages spoken in Gabon by endogenous and non-Gabonese communities.

As highlighted by Stéphane Nzé Nguéma, Permanent Secretary of PAYNCOP, the objective of this campaign, inspired by the Luanda's Action Plan for a Culture of Peace, is to spread awareness on the role that each one can play to daily live peace and non-violence.

By joining the initiative, the UN Youth African Leaders Organizations and National Youth Council of Gabon aim at contributing to the achievement of Sustainable Development Goals, especially objective 16 which calls for just, peaceful and inclusive societies. 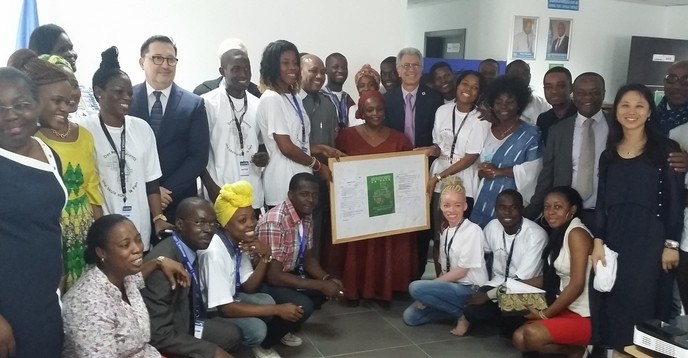 The campaign is supported by UNESCO, UNOCA (United Nations Office in Central Africa) and UN System in Gabon.

In his speech on the occasion of the launching ceremony, Mr. Abdoulaye Bathily, Special Representative of UN General Secretary in Central Africa, has reminded participants of an important resolution, adopted in December 2015 by the UN Security Council. The resolution highlights "young men and women role in the realization of peace and the fight against all forms of violence" and recognizes "the imperative necessity to mobilize young artisans of peace for the promotion of peace and fight against extremism". 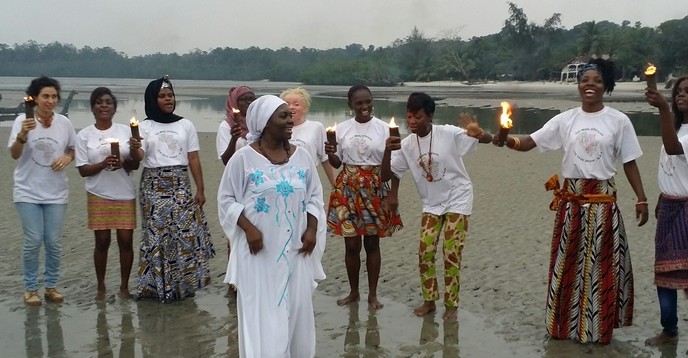 The campaign benefitted from artistic contribution of Annie-Florence Batchiellilys, a Gabonese singer and song writer. The official song "Donnons la paix (Let's give peace)" of the initiative was written by her with youth.

During the press conference, the young people shared their emotional and learning experience in participating in the design and implementation of such a media campaign.

About 20 national and international media organizations have already pledged to be part of the campaign. Their commitment focuses on broadcasting, through relevant channels, the media elements produced with the support of Institut Gabonais de l'Image et du Son (IGIS). Those elements are made of: song, video clip, TV spot ad, radio spot ad, and banner for the web and newspapers.