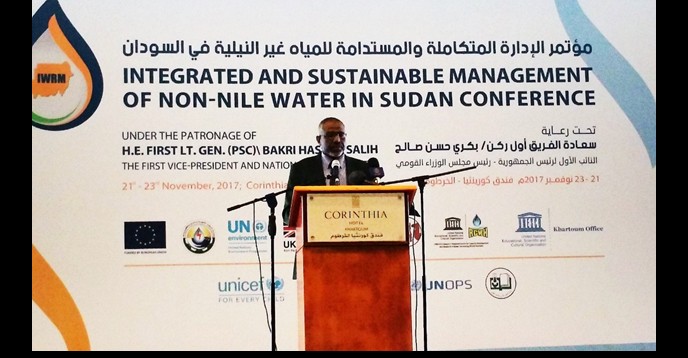 ©UNESCO: Conference on Integrated and Sustainable Management of Non-Nile Water in Sudan: Welcoming Speech of the Minister of Water Resources. 21/11/2017

Then, during 3 days, participants discussed different issues of IWRM in Sudan, concentrating on other than Nile waters.

The Conference was accompanied by an exhibition, where organizing partners presented different information materials about their activities related to the subject of the Conference.