Sangie and Robert Chiwamba wrote Ngwazi Zazikazi to encourage girls to shape their own lives
and not to be restricted by old ideas that limit their potential.
13 January 2022

UNESCO produced the video Ngwazi Zazikazi (which means female champion or hero), written and performed by Sangie in Chichewa, one of Malawi’s local languages to promote it as part of the EU-funded STEP (Skills and Technical Education Programme). It was immensely successful: it ranked number one in Malawi for eight weeks in 2017, and was the fifth most popular music video that year. The song has been downloaded over 75,000 times and the video viewed over 11,000 times

‘Am an Ngwazi, who doesn’t look down on herself, coz she can do anything she wants’
sings Sangie, an award-winning musical artist

During the 2018 International Women’s Day, the video was awarded the European Union Development Cooperation (DEVCO) EUROPEAID Communication Award for the best communication activity as part of an EU-funded project.

Ngwazi Zazikazi is not just a catchy tune: it was intended to strengthen the technical and vocational education and training (TVET) system in Malawi.

In the video, young women sing "I can be a soldier, plumber or even a pilot" and "In fact there are electricians and politicians out there who are women" while painting a building and operating heavy equipment, to encourage more young women to enter technical training courses for traditionally male-dominated trades such as auto mechanics and bricklaying. Spreading these messages in such a positive and entertaining way helps to break down negative gender norms and beliefs, and open the way to a brighter future for young women. 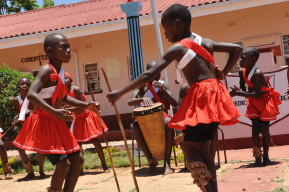 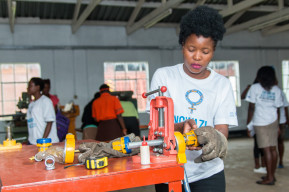 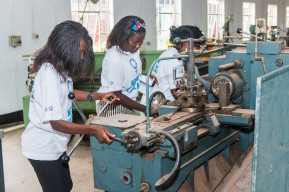 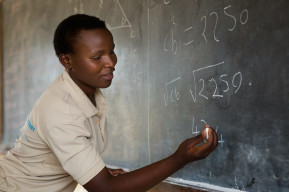 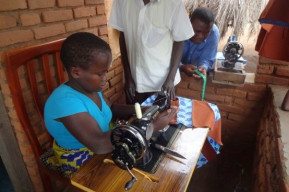