Renowned journalist Christiane Amanpour is one of the prominent figures who will be speaking in the digital World Press Freedom Conference which will be transmitted from The Hague on 9 and 10 December. Ms Amanpour, a British-Iranian correspondent, has been an established name in international journalism for decades. As a CNN host and news anchor, she has reached audiences of tens of millions with her reporting from crisis and war zones and interviews with world leaders. She has been awarded multiple prizes and distinctions for her work. At World Press Freedom Conference (WPFC) 2020 Ms Amanpour will be speaking about the importance of press freedom, and answer prior questions from participants in the conference, hosted by UNESCO and the Kingdom of the Netherlands.

WPFC 2020 will also feature contributions by other well-known journalists, including Carole Cadwalladr, Soledad O’Brien and Joe Maalouf. Carole Cadwalladr emerged on the world stage in 2018 as one of the journalists who broke the story of the Cambridge Analytica scandal, involving the large-scale illegal manipulation of online data to influence election campaigns. Ms Cadwalladr is affiliated with the British newspaper The Observer. Soledad O’Brien is a broadcast journalist known for her work at CNN, Al Jazeera America and HBO. She also has her own production company. Born in the United States to immigrant parents from Cuba and Australia, Ms O’Brien often focuses her reporting on diversity and discrimination. Mr Maalouf is a Lebanese television presenter who has made a name for himself with broadcasts on abuses stemming from corruption and tackling social and religious issues. He has received multiple threats in response to his work.

WPFC will feature leading journalists and media figures from around the world. There is a list of speakers below, and short bios can be found on the conference website. The organisers have worked hard to put together the programme for this free digital conference. A special digital platform has been set up to make the WPFC accessible around the world despite the current international travel restrictions.

Meeting place for thousands of journalists

WPFC is a digital meeting place for thousands of journalists, researchers, policymakers, NGO staff, students and young people, jurists and others who value freedom of the press. Today more than ever, as we face the uncertainties of the COVID-19 pandemic, a free press is essential to our efforts to understand, tackle and overcome the crisis. This is why it important to stand together for a free, independent press and for the safety of journalists. Registration for the conference is open to all and free of charge. Places are limited so we recommend that you register as soon as possible. A new update about interesting speakers and the latest information about the programme will be published soon. 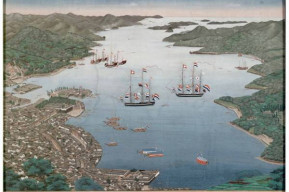 Project
The Archives of the Dutch East Indian Company (VOC)
April 6, 2022
Article
Netherlands' education response to the influx of Ukrainian students
March 26, 2022
News
UNESCO and the Kingdom of the Netherlands renew their partnership for the International Groundwater Resources Assessment Centre (IGRAC)
December 9, 2021

News
UNESCO and the Kingdom of the Netherlands renew their partnership for the International Groundwater Resources Assessment Centre (IGRAC)
December 9, 2021 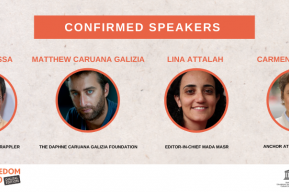 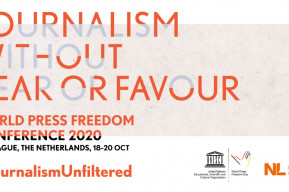 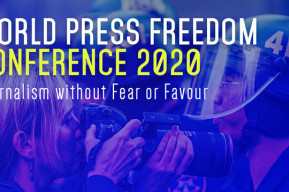