by Linda Klaassen and Mila Ibrahimova

The widespread use of new technologies, the affordability of digital film equipment, and the rise of online platforms are enabling a new generation of African filmmakers to emerge. The  UNESCO report,  The African Film Industry: Trends, Challenges and Opportunities for Growth, released on 5 October 2021, reflects the vitality of African cinema, driven by digital technologies.

Also known as “Nollywood”, the Nigerian film industry – which produces around 2,500 films a year – is emblematic of this growth. It has enabled the emergence of a local production and distribution industry with its own economic model. The real game-changer is the ongoing digital revolution, which started some twenty years ago and was accelerated by the Covid-19 pandemic.

in annual revenue out of a potential $20 billion.

Across most of the continent, however, the economic potential of the film and audiovisual sectors remains largely untapped, with the film industry continuing to be structurally underfunded, underdeveloped and undervalued. According to the Pan African Federation of Filmmakers (FEPACI), the industry generates $5 billion in annual revenue out of a potential $20 billion.

There are also challenges that persist in areas such as gender equality and freedom of expression. According to the UNESCO study, eighty-seven per cent of respondents said that there are explicit or self-imposed limitations to what can be shown or addressed on-screen. 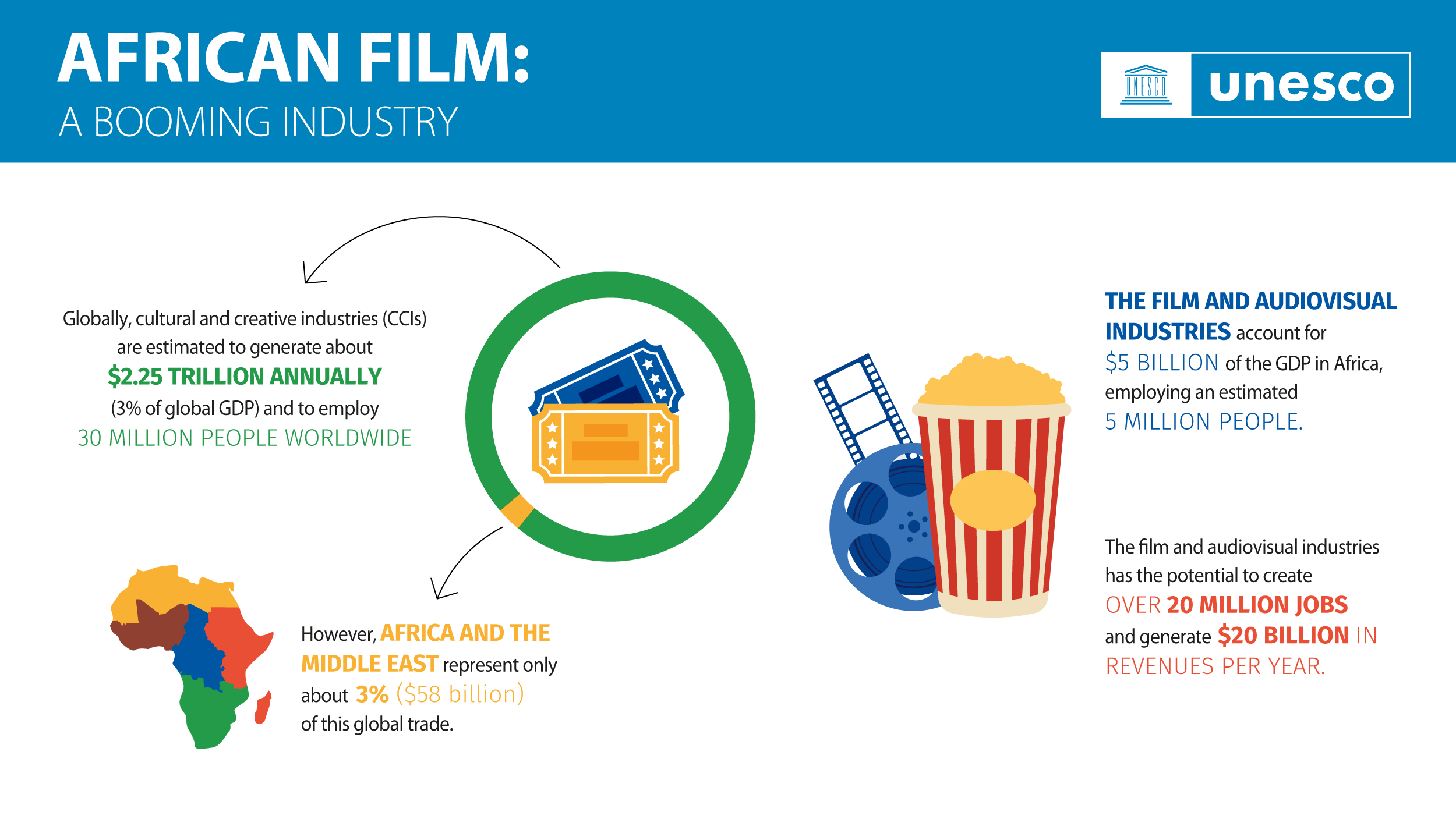 this is the test

Article
UNESCO strengthens the role of Judicial actors to address Freedom of Expression, Access to Information, and the Safety of Journalists in Mozambique
August 10, 2022
Article
How UNESCO Indigenous peoples’ cross-cutting programme links up traditional knowledge and science
August 9, 2022
Article
UNESCO and Centre for Law and Democracy launch free online course on Access to Information laws and policies
August 9, 2022
Article
“Technology-enabled Open Schools for All” project: Reviewing progress and the future of digital learning
August 5, 2022
top